Why Baseball Is Great

We are officially at, or just past (depending on the team), the midway point in the Major League Baseball season. In the sport with the fewest playoff spots, there are so many teams competing for the right to play in October. The lack of playoff spots is one of the many things that makes this sport so special. Just eight of the 30 MLB teams will make the postseason, compared to the 16 playoff teams in both the NBA and NHL and the 12 NFL teams that vie for the right to hoist the Lombardi Trophy.

Having such few teams make the playoffs creates a strong emphasis on succeeding in the regular season, and as long as baseball’s regular season is, we have the potential to see some very compelling races in August and September. Twenty teams either lead a division or are within seven games of a playoff spot. There is no division separated by more than a four game lead. 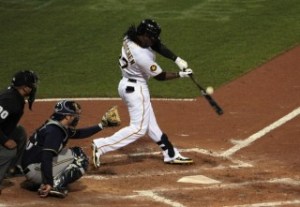 In the American League, few thought that the Cleveland Indians would spend 80 days during the first half of the year leading the Central. The Indians have stumbled slightly, but are 0.5 games behind the Detroit Tigers right now. Rookie sensation Michael Pineda has helped the Seattle Mariners come within 3.5 games of the defending AL Champion Texas Rangers in the West, even though the Mariners have been outscored by 13 runs this season and have a record below .500, at 39-42. After losing Carlos Pena, Carl Crawford, Jason Bartlett, Matt Garza, Rafael Soriano and their entire 2010 bullpen to free agency and various trades, the Tampa Bay Rays sit just four games behind the New York Yankees in the East and 1.5 games behind the Boston Red Sox for the AL Wild Card. The Rays are 45-36 despite having star third baseman Evan Longoria play in only 53 games during the first half of the season.

The first half of the Major League Baseball season featured many storylines, but none may be more compelling than the playoff races that will determine the fate of the 20 teams who have their eyes on the postseason. There will be teams who falter down the stretch during the second half of the season. However, with so many teams fighting year in and year out for one of the precious few trips to the postseason, baseball’s emphasis on a strong regular season is unrivaled by any sport. With 20 teams in competition for just eight playoff spots, the next three months of the season will feature postseason races that come down to the wire and show just why baseball is so special.