A Great First Half of Baseball

We have officially arrived at the All-Star Break. It has been a memorable first part of the season. Here is a short summary of what has happened so far:

As expected, the Boston Red Sox, New York Yankees and Philadelphia Phillies have proved to be the three strongest teams in baseball this year. However, the Cleveland Indians, Pittsburgh Pirates, Arizona Diamondbacks and Tampa Bay Rays continue to shock (most of) the world by being in contention for a playoff spot. The Rays are currently the furthest out of a playoff spot, just five games behind the Yankees in the American League Wild Card race and six games behind the Red Sox in the AL East. The Diamondbacks are just three games behind the San Francisco Giants in the National League West while the Pirates are just one game behind the St. Louis Cardinals and Milwaukee Brewers in the NL Central. The Indians currently stand 0.5 games behind the Detroit Tigers in the AL Central.

There were two managers who had to be replaced already this year, yet neither was fired. Florida Marlins manager Edwin Rodriguez resigned after a horrific 1-18 start to the month of June (the Marlins finished the month 5-23). The Marlins began the month just two games behind the Phillies in the NL East but ended it 14.5 games back. Florida replaced Rodriguez with 80-year old Jack McKeon. McKeon led the 2003 Marlins to a World Series Championship, also taking over the helm in Miami at midseason during that year. Connie Mack managed the Philadelphia Athletics from 1940 through 1950 until the age of 87, making McKeon the second-oldest manager in baseball history. Florida was 32-39 under Rodriguez and are 11-8 with McKeon as manager.

The Washington Nationals also had to make a midseason managerial move. Washington was in the midst of an 11-1 run, putting them over .500 for the first time since the team moved to D.C. in 2005 when Jim Riggleman quit on June 23 due to a contract dispute with Nationals’ management over his option for next year. The Nationals tabbed Davey Johnson as his replacement. Washington is 6-8 under Johnson, but was 38-37 with Riggleman guiding the team.

There have also been some notable achievements by players through the first part of the year. Derek Jeter reached 3,000 hits with a home run at exactly two o’clock at Yankee Stadium to become the first Yankee to achieve that milestone. Francisco Liriano and Justin Verlander each threw no-hitters within four days of each other, on May 3 and 7, respectively. Liriano walked six hitters and struck out two. Verlander struck out four and walked just one hitter in the seventh inning, beginning a streak of pitching at least eight innings in eight of his next 10 starts. Andre Eithier strung together a 30-game hitting streak that began on the second day of the season. The streak is the second-longest in Los Angeles Dodgers’ history and is the longest in the majors since the Nationals’ Ryan Zimmerman’s 30-game streak in 2009.

The first half of the season featured many close divisional races. In fact, there is no division separated by more than a 3.5 game lead. There are currently 17 teams, more than half the league, within 6.5 games of a playoff spot. This season is shaping up to have some terrific playoff races that will go down to the wire in September. Here are my predictions from the beginning of the season and how they stack up with what has happened so far this year: 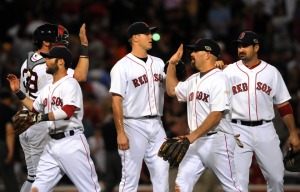 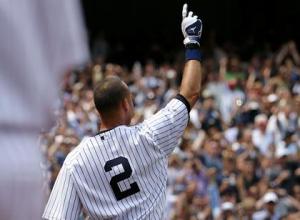 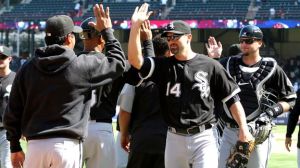 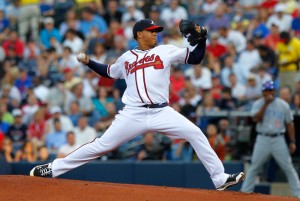 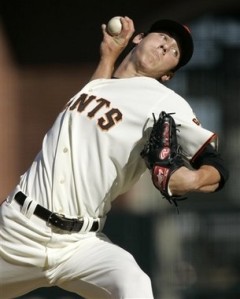 Why Baseball Is Great

We are officially at, or just past (depending on the team), the midway point in the Major League Baseball season. In the sport with the fewest playoff spots, there are so many teams competing for the right to play in October. The lack of playoff spots is one of the many things that makes this sport so special. Just eight of the 30 MLB teams will make the postseason, compared to the 16 playoff teams in both the NBA and NHL and the 12 NFL teams that vie for the right to hoist the Lombardi Trophy.

Having such few teams make the playoffs creates a strong emphasis on succeeding in the regular season, and as long as baseball’s regular season is, we have the potential to see some very compelling races in August and September. Twenty teams either lead a division or are within seven games of a playoff spot. There is no division separated by more than a four game lead.

In the American League, few thought that the Cleveland Indians would spend 80 days during the first half of the year leading the Central. The Indians have stumbled slightly, but are 0.5 games behind the Detroit Tigers right now. Rookie sensation Michael Pineda has helped the Seattle Mariners come within 3.5 games of the defending AL Champion Texas Rangers in the West, even though the Mariners have been outscored by 13 runs this season and have a record below .500, at 39-42. After losing Carlos Pena, Carl Crawford, Jason Bartlett, Matt Garza, Rafael Soriano and their entire 2010 bullpen to free agency and various trades, the Tampa Bay Rays sit just four games behind the New York Yankees in the East and 1.5 games behind the Boston Red Sox for the AL Wild Card. The Rays are 45-36 despite having star third baseman Evan Longoria play in only 53 games during the first half of the season.

The first half of the Major League Baseball season featured many storylines, but none may be more compelling than the playoff races that will determine the fate of the 20 teams who have their eyes on the postseason. There will be teams who falter down the stretch during the second half of the season. However, with so many teams fighting year in and year out for one of the precious few trips to the postseason, baseball’s emphasis on a strong regular season is unrivaled by any sport. With 20 teams in competition for just eight playoff spots, the next three months of the season will feature postseason races that come down to the wire and show just why baseball is so special.